BrainBest® is a leading liquid supplement made with natural ingredients that may enhance memory, mental alertness and overall brain health.

BrainBest® was designed with some of the most powerful nutrients based on research and studies conducted across the globe.  These ingredients may improve the overall functions of the brain and provide additional health benefits as well.  These substances may improve:

One of the key ingredients in BrainBest® is Alpha GPC (Alpha Glycerol Phosphoryl Chloline).  It is prescribed by doctors in Europe to treat Alzheimer’s and is considered one of the most effective brain nutrients in the world.

BrainBest® does not contain caffeine or taurine. It has natural B-12 energy and 3 grams of protein in each serving.

Additionally BrainBest® is a liquid supplement that contain BioPerine®, which can increase absorption within the body, up to 6 times more than pills.  Only 10-15% of ingredients in pill format are absorbed by the body.  When a memory supplement is taken in our proprietary liquid form, it means that up to 60% of these same ingredients are absorbed within the body; making them more effective than pills.

Alpha Glycerol Phosphoryl Chloline, also known as Alpha GPC, is a natural choline compound that is found in the brain and in milk. Alpha GPC rapidly delivers choline to the brain across the blood-brain barrier and is a biosynthetic precursor of the acetylcholine neurotransmitter. Alpha GPC has clinically proven that it can substantiate a host of biochemical reactions in the human body, which propitiates the healthy brain as well as body rhythms irrespective of age. It is considered to be one of the most effective brain nutrients in the world, and is used widely in clinical settings around the world involving memory loss, cognitive dysfunctions, and dementias of various kinds. In Europe, Alpha GPC is a prescription medication for the treatment of Alzheimer’s disease. Another benefit of Alpha GPC is that it can further intensify the effects of physical exercise. It acts to optimize muscular power output, sharpen agility, and also delay mental fatigue. The release of Acetylcholine in the blood induces a chain of cholinergic transmissions and reactions, which in turn release more energy to sustain long hours of workouts. Alpha GPC also greatly increases human growth hormone (HGH), the body’s master hormone for maintaining youth, vitality, and body composition.

Acetyl-L-Carnitine, also known as ALCAR, is an amino acid (a building block for proteins) that is naturally produced in the body and a well-researched nutritional supplement. It is important for heart and brain function, muscle movement, and many other body processes. It is synthesized to provide a more bioavailable form of L-Carnitine, which is a derivative of the amino acid Lysine. L-Carnitine is made naturally in the body by the liver and kidneys, and then transported to other tissues such as the brain and heart. Like L-Carnitine, ALCAR functions as an antioxidant and promotes the production of Glutathione, a free radical scavenger, in cells. Because L-Carnitine is involved in cellular metabolism, ALCAR can help increase energy production in the mitochondria, the “power plants” of all cells, and thereby may generally boost physical and mental energy. As a dietary supplement, ALCAR is often used to help improve memory, and has been studied as a possible adjunct treatment for Alzheimer’s disease. ALCAR may also help address symptoms of depression, and may be useful in the treatment of Parkinson’s disease, stroke, and Peyronie’s disease. In addition, daily supplementation with ALCAR may have a protective effect on the central nervous system and may benefit the heart. There is also some evidence that ALCAR can enhance visual memory and attention in people with Down Syndrome, and clinical data indicates that it also may slow age-related mental decline that is not associated with Alzheimer’s. It is also used for poor circulation in the brain, cataracts, nerve pain due to Diabetes, nerve pain due to drugs used in the treatment of AIDS, and facial paralysis.

Watermelon seeds are full of essential nutrients and various health benefits can be derived from them. Health benefits of watermelon seeds can be attributed to its high nutritional content including fatty acids, essential amino acids and rich mineral content which is essential for a healthy mind and body. Watermelon seeds are rich in iron, calcium, magnesium, phosphorus, potassium, zinc, copper and manganese. Calcium and phosphorus help strengthen your teeth and bones. Iron and copper help improve the quality of your blood which in turn improves functions of body organs. Some of these minerals carry antioxidant properties which help cancel the effects of free radicals on body. They help prevent various diseases, even cancer. Potassium, zinc, magnesium, etc., promote heart health. Improved blood circulation helps improve the function of the brain. The seeds are rich in B vitamins which also help enhance the function of the nervous system. B vitamins facilitate carbohydrate metabolism and cycling of proteins. They thus, help boost your energy levels. Folate promotes fertility and helps prevent structural defects in infants. Watermelon seeds help lower blood cholesterol levels and play an important role in reducing high blood pressure levels.

Vitamin B12 helps produce energy in the body. Studies have shown that supplemental intake of B12 in older patients may help reduce brain shrinkage. Studies have also shown that Methylcobalamin could assist in reducing tiredness, stabilizing mood, improving memory, and ability to function. Other studies have shown that Methylcobalamin can help improve immune system function ability by enhancing T cells and T helper cells. Methylcobalamin is also considered to be an antioxidant, which means it can help in getting rid of free radicals in the body. Free radicals can cause problems such as heart disease and cancer.

BioPerine® is a pure form of piperine which is derived from the fruits of black pepper. BioPerine® is the only source from piperine to have undergone clinical studies in the U.S. to substantiate its safety and efficacy for nutritional use. BioPerine® significantly enhances the bioavailability of various supplement nutrients through increased absorption. Various studies have proven the effectiveness of BioPerine® and some showed that absorption levels were increased up to 60%. BioPerine® can improve digestion by promoting intestinal health, is an antioxidant and contains antibacterial properties. BioPerine® allows the body to generate more energy at the cellular level which increases the metabolic process, leading to better digestion and gastrointestinal absorption. By increasing metabolism, the body burns fat faster than normal rate.

"BrainBest® helps me focus and concentrate. Knowing that this product has key ingredients that help protect against dementia and Alzheimer's is another reason to take BrainBest® on a daily basis."
-Yvonne C. 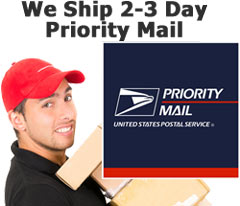 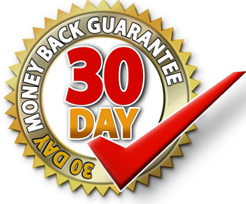 Try Our Other Products